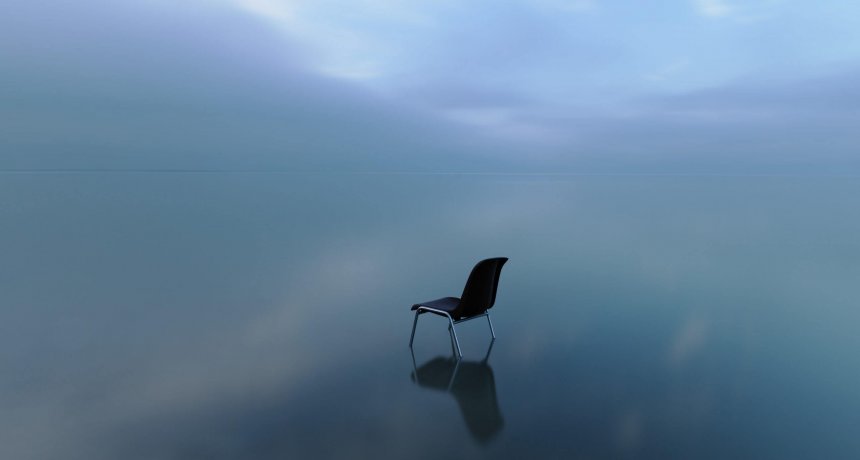 According to Breisheet, when God created the world, the land was “unformed and void, with darkness over the surface of the deep and a wind from God sweeping over the water . . .” (Genesis 1:2).  As a teacher of Judaic Studies to second and third grades, my inner anthropologist, always a participant-observer, contemplates the balance between order and disorder in the classroom not dissimilar to that described in Breisheet: the seder (order) and routines of our day, upon which children so heavily rely, and the noisy, often messy and chaotic process of learning and growing.  That tightrope that teachers walk reminds me of the Torah’s creation story, and the tohu (chaos) from which, according to it, we all arose.

Water and earth played a prominent role in my experience this year.  The small school where I teach sits at the edge of a forest, not far from a lake.  The lake is aptly named Massapoag, meaning “large water” in Algonquin.  If I had to spend my first year teaching Judaic Studies full-time during a raging pandemic, I couldn’t imagine a more scenic and peaceful environment in which to do it.  Moreover, faculty, staff and students alike marveled at the miracle of having in-person learning almost the entire year.  While the pandemic and so much darkness swirled about, I have felt enclosed in a bubble of childhood innocence and optimism.  I am continuously reminded by my students of the exuberant joy of learning; by my colleagues how far a sense of humor goes during trying circumstances; and by my Pardes teachers, among many others, the lesson about meeting your students wherever they are.  We sprawl out (socially distanced) on the carpet, telling the stories of the Tanach and experiencing the rhythm of the Hebrew calendar through puppet shows, painting, music, drama, dance, and meditation.  Each day feels like a wild party from which we stumble home to recover, only to do it all over again the next day.

As I transitioned from being a student in the Pardes Educators Program and Hebrew College to being a teacher again, I have enjoyed seeing particular pieces of pedagogy or coursework light up in my mind when a corresponding issue at school arises.  For example, my students were rightly perplexed and perturbed when cannibalism was poetically evoked in a recent parsha.  As I struggled to explain such gruesome and dramatic language to second and third graders, I re-viewed in my mind my Pardes classes about how to approach problematic texts.  My students love nothing more than to act out the narrative of the parsha.  During a recent parsha, God protects and guides the Israelites via a cloud and fire.  Soon after, God is angry and punitive.  Spontaneously, the students each took a role: instead of one child to “play” God in our skit, there were two: in their words, a “nice Hashem” and an “angry Hashem.”  While I emphasized that we believe in one God, the source for both good and evil, I was sympathetic to, and intrigued by, their instinct to have two students portray God, even if only to represent more than one characteristic.  I was reminded of my Jewish philosophy classes, in which we explored the theological problem of evil coexisting with God’s goodness, and considered monotheism as contrasted with dualism.

Early in the educators’ program at Pardes, we graduate students, under the instruction of our teacher, made a mandala, silently placing beautiful items on the floor in the shape of a circle.  Inspired by this activity, on the first day of school this year, I facilitated the same activity among my young students, and explained that the practice comes from another culture, but resonates with our own. We will deliberately sweep it up afterwards, I added, because most things in this world, even us, are impermanent.  Reflecting together, I asked them, “But what is permanent? Is anything in this world permanent?”  They answered: “Love.  Hashem.”  Their vision is so clear, and I feel grateful for the chance to see the world as they see it, as a delicate order, in the face of so much chaos.

I am profoundly thankful to be a TalentEducators Fellow, graduate of the Pardes Educators Program and Hebrew College, as well as the recipient of much wisdom and Torah learning by my family, teachers and mentors.

TalentEducators is a project of UnitEd under Herzog College and funded by the Ministry of Diaspora Affairs.